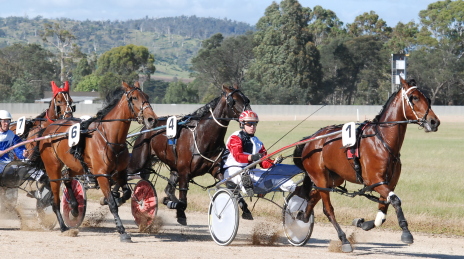 DUNCAN DORNAUF was raised in a harness environment so it came as no surprise that he has embarked on a career in the industry.

Dornauf is the son of top Tasmanian trainer Bill Dornauf and his wife Sonya and for the past two years he has been working with a couple of the nation’s best trainers in Victoria.

He notched nine winners last season and three days prior to returning home he landed a winner at Echuca in Victoria.

Dornauf returned home to Tasmania last Friday night and was straight into the winner’s circle aboard Stylish Ruler in the opening race at Carrick on Saturday.

It was the Carrick’s club first meeting of the season and Dornauf ensured his charge, prepared by his father at Perth, made every post a winner.

Stylish Ruler showed brilliant gate speed to make full use of the pole position and once in front young Dornauf dictated terms to get away with one very cheap quarter.

They came at Stylish Ruler over the concluding stages but the three-year-old gelded son of Grinfromeartoear had enough in reserve to stave off the challengers.

Listen to what Duncan Dornauf had to say about his career so far and the prospects of Stylish Ruler – click here.