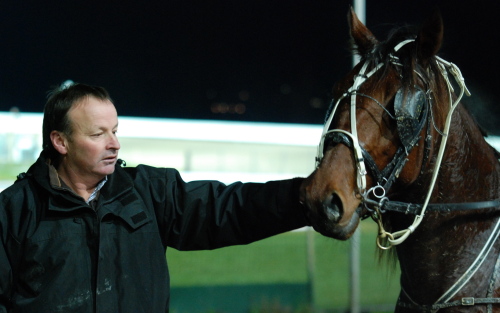 THE Bill Dornauf-trained two-year-old pacer Hesa Prospect produced his best performance of the season to win the Dandy Patch Stakes final over 2090 metres at Tattersall’s Park in Hobart on Sunday night.

Hesa Prospect is owned by Doug McKillop who also bred the gelding from a mare (She’s An Atom) that is a daughter of Aachens Last that also was trained by Dornauf.

Dornauf, who has been associated with McKillop for over 30 years, said Hesa Prospect would head to the spelling paddock.