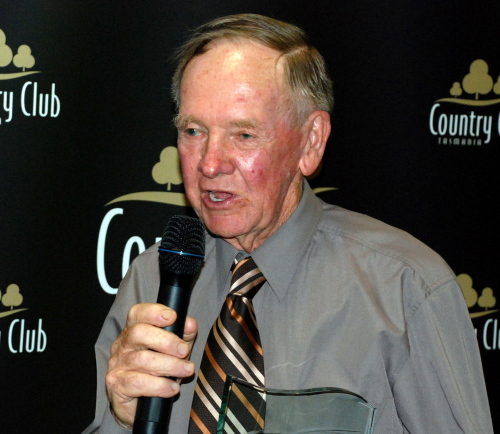 JUST over three years ago Stylish Dotty produced a litter of nine pups that has proven to be one of the best litters dropped in Tasmania in recent years.

The subsequent performances of each pup ensured Stylish Dotty was named Tasmania’s top broodbitch for 2009.

The litter by Where’s Pedro accrued 77 wins during 2009 and with another from a previous litter Stylish Dotty was crowned the top broodbitch with 78 wins.

Owned by Robert Grubb, Stylish Dotty’s most prolific winner was Stylish Monty that won 18 including the Tasmania Country Derby and Reg and Aileen Memorial Classic at Devonport, a heat and final of the Greg Fahey Middle Distance Championship and the HGRC Premier Distance series in Hobart.

Fisherman collected 16 wins that included the Right Meats Cup in Hobart, the Launceston City Council Stakes and a heat of the Betfair Tasmanian Gold Cup.

Probably the best pup from the litter is Pedro Pronto that won 14 with the Bob Brown Memorial (Hobart Thousand Consolation) one of his best along with heat wins in the Launceston Cup and Illingworth Classic.

Her other individual winner was Brother Jack (x Surf Lorian) that won a grade four at Devonport last September at the age of 4-1/2.

The only one from the Where’s Pedro litter not to win last year was Zapala that won her juvenile in December 2008 before breaking down.