Double for Maine and Rattray 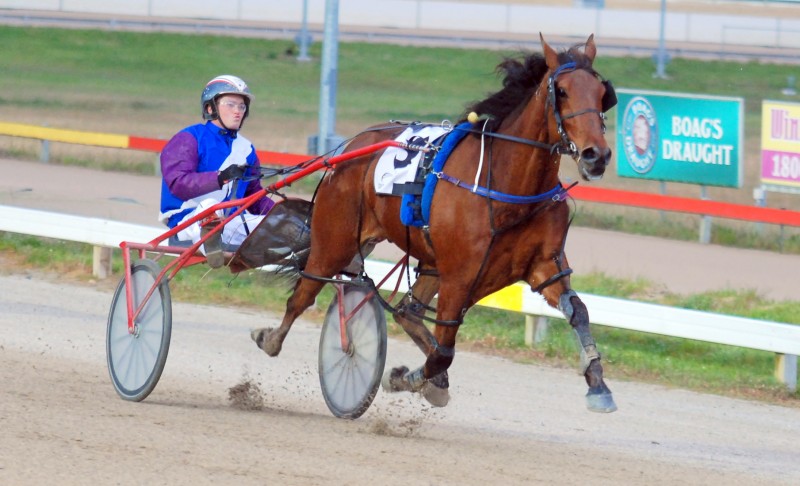 TALENTED harness racing trainer Melissa Maine and her partner, champion reinsman Gareth Rattray, celebrated a double at Tattersall’s Park in Hobart on Sunday night courtesy of impressive wins by Faithful Jet and a first-starter for the stable Notimetothink.

The win of Notimetothink was impressive.

The lightly raced five-year-old gelding arrived at Maine’s Latrobe stables about five weeks ago having had 19 starts for a win and two minor placings with two of those efforts (first and third) in December last year.

But the change of environment and a different training regime appears to have worked wonders for the gelded son of Metropolitan.

Rattray urged the gelding to go forward at the start and he had no trouble finding the lead in a C1 Pace over 2090 metres.

When Rattray called on Notimetothink to extend in the back straight the last time he forged clear and went on to defeat Angkristy by over 12 metres with Sir Yoie a close-up third.

“The owners that I train for had this horse and he wasn’t getting very good draws or having much luck in his races so they decided to give him a go with us and we’ve been able to win first-up,” Maine said.

“I picked this race out for him knowing that he didn’t have many points and then a good draw (gate 3) also helped.”

“I think he can improve on this run but how far he can go I’m not quite sure.”

“We’ll play around with him for a bit longer and see what happens,” she said.

Maine’s other winner Faithful Jet ($6.50) also was impressive as he was forced to face the breeze outside of the heavily backed favourite Im Dens Boy ($1.30 fixed with Tattsbet).

Im Dens Boy looked to be travelling well at the bell but when Rattray’s horse applied the pressure to the favourite nearing the home turn it was obvious those who took the short price about the favourite were about to turn their betting tickets into confetti.

“This horse went really well tonight and I’m sure he has turned the corner,” Gareth Rattray said.

“They thought the leader was a pretty good chance but my horse sat outside of him and proved to be too good on the night.”

“We have had a few little problems with him and he’s taken a while to come to hand.”

“We were hoping he would mature as he got older and that seems to be the case so he might realise his potential,” Rattray said.

Maine and Rattray have spent the last year establishing a training complex at Latrobe that boasts an 800-metre training track and refurbished stabling facilities.