Double for Swan under lights 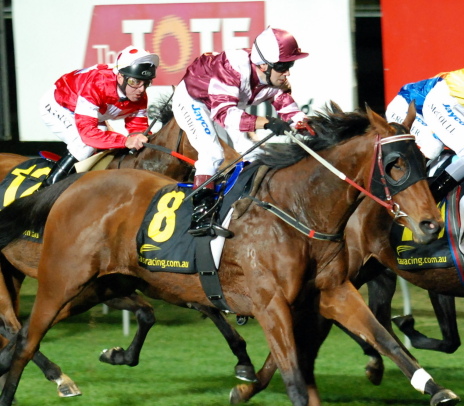 OWNER Michael Swan celebrated arguably his best ever day or night at the races when he walked away from The TOTE Racing Centre in Launceston with a double.

Hello Baby Doll powered home from well back in the field to score a last-stride win over Go Hard Or Go Home with Susie’s Que a close up third.

Owner Swan was thrilled with the win.

“That was worth waiting for and hopefully she can go on with it now that she’s broken through,” Swan said.

But later in the night Swan could hardly contain his excitement when Rave Night also scored a last stride win in the Autobarn Launceston Class 4 Handicap over 1400m, scoring by a nose from Build A Bridge with Long Live The King a close-up third and just in advance of World Beater.

“It doesn’t get much better than this,” Swan said.

Michael Guthrie partnered Rave Night and it was one of the best rides on the nine-event card.