Double in home state for Blacker 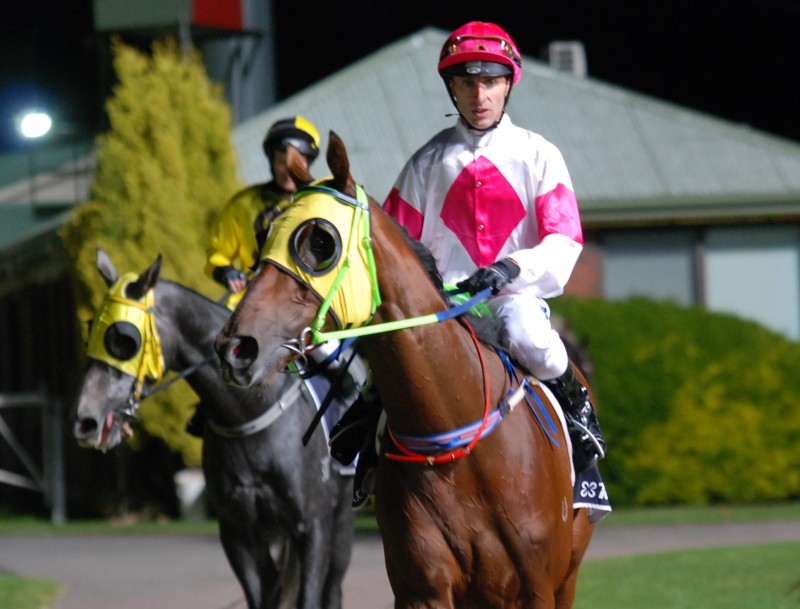 Former Tasmanian trainer John Blacker made it two wins in the space of four days in his home state when his handy four-year-old Fillout The Ticket scored an effortless win in 3YO and Upwards Maiden over 1200 metres in Launceston tonight.

Fillout The Ticket (Brendon McCoull) travelled well to the home turn and when McCoull called on him for the supreme effort he put the end result beyond doubt.

Blacker brought Fillout The Ticket and Arctic Blitz to Tasmania last month with the hope of winning a maiden and possibly class race or two with each of them and both have succeeded by winning their maidens with Arctic Blitz breaking his maiden status in Hobart last Sunday.

McCoull said Fillout The Ticket gave the impression he would be as good over more ground.

“He did a great job tonight and provided he trains on I would expect him to be competitive over more ground in the future,” McCoull said.

Fillout The Ticket was the first of a running treble for McCoull who followed up with a win aboard Punctuate in the open handicap and he then partnered the Bill Ryan-trained Liluka Belle to an impressive win in a class one handicap over 1200 metres.