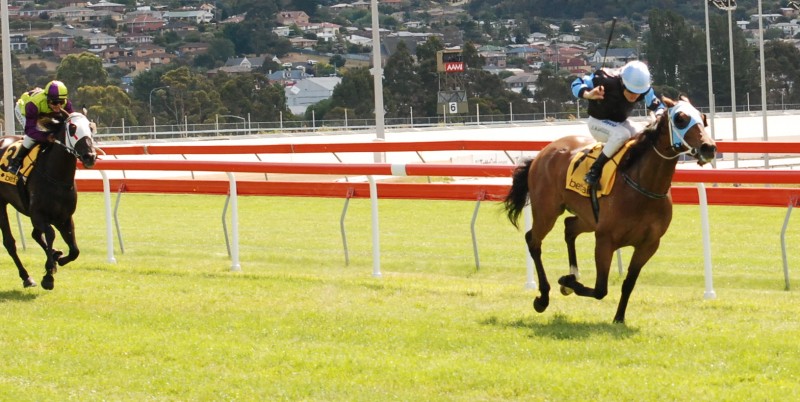 THE owners of star Tasmanian galloper The Cleaner have opted to send the horse to Western Australia to tackle the $1 million Group 1 Railway Stakes over 1600 metres oat Ascot on November 22.

A few hours after The Cleaner finished a game third in the Group 1 Emirates Stakes at Flemington yesterday (Saturday) trainer Mick Burles confirmed the horse would return to Tasmania immediately for a spell.

But the owners, Bill Fawdry, Paul Burt and Jim Lowish met to discuss their options and have preferred the horse to keep racing.

Burles said he was told this morning about the change of plans.

“The horse has pulled up great after yesterday’s run and even the jockey said he thought the horse felt like he could have gone around again when bringing him back to the unsaddling enclosure,” Burles said.

“While I was content for the horse to have a break the owners have preferred we push on to Perth for the Railway Stakes so that’s now the plan,” he said.

“Realistically he has done no harm from his recent run and that he is flying over to Perth the experience also will be good for the horse.”

The Cleaner will fly to Perth next Friday and will be domiciled at Fred Kersley’s stables at Ascot for the week leading up to the race.

Burles will travel and stay with the horse to ensure he is prepared according to his normal training program.

“The only thing we can’t get over there (WA) is his regular trackwork rider (Karl Rhodes) but I’m sure there will be suitable riders available.”

“As long as I’m with him he will be Ok and won’t worry too much about the different surroundings,” he said.

Burles said the Railway Stakes will definitely be the horse’s last run this preparation and he also confirmed that the weight-for-age George Adams Plate (1600m) in Launceston in February will be the horse’s only target in Tasmania this season.