Down Town Babe comes of age 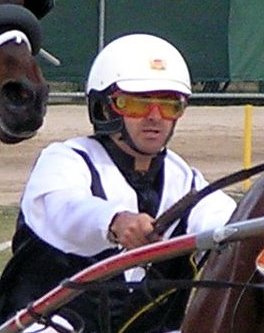 WINNING two races in succession is a milestone connections of promising mare Down Town Babe might not have contemplated a year ago.

Down Town Babe followed an effortless win in Hobart last Sunday week with an even more impressive victory in a C1-C2 over 2200 metres at Thew TOTE Racing Centre at Mowbray in Launceston on Sunday night.

The Brooke Hammond-trained seven-year-old began her racing career in Western Australia and showed a lot of promise as a three-year-old, wining successive races at Pinjarra before her form waned.

She eventually made her way to Tasmania with former Sandgroper, Kirk Bourne, when he relocated to the island state in January last year.

She was second to Cairn Of Speightz in a C2 in Launceston after which she was sold to her current owners who are all based in Victoria.

This latest win was against top opposition, including Cancellara that was coming off a win at MooneeValley and the well-backed Ashura.

Cancellara led from the pole position but Down Town Babe’s driver Rohan Hadley was able to send his charge around the field 1500 metres out and find the front with just over a lap remaining.

Down Town Babe had enough in reserve to stave off all challenges in the straight to hit the line over four metres clear of Cancellara with Ashura a metre astern.

Hammond has spent a lot of time trying top sort the mare out and her latest form can be attributed directly to her astute training methods and horsemanship.

“She used to race roughly at the start and when we first got her last year she was constantly sore in the feet,” Hammond said.

“The mare has always had ability but she’s just taken a while to put it all together,” she said.

While there are more wins in store for the mare in Tasmania. Hammond conceded the mare is likely to end her racing career in Victoria where she is owned.