Drummond toughs it out to win maiden 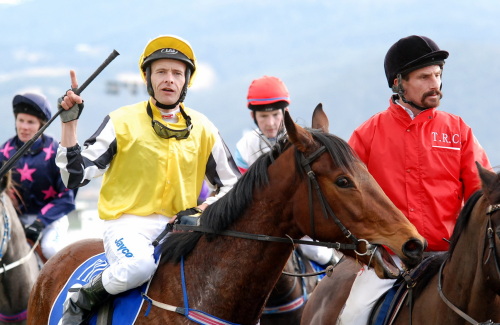 TOUGH three-year-old gelding Drummond finally broke his maiden status when he powered home to win the Gee Gees Blackflash 3YO Maiden Plate over 1000 metres at Tattersall’s Park on Sunday.

Drummond, prepared at Whitemore by Graeme McCulloch, shared the lead with Bailee’s Boy but lost his footing nearing the home turn that cost him two lengths.

The leader slipped away on straightening and looked home but McCulloch’s charge refused to wilt and came again over the final 100 metres to score by a narrow margin.

Listen to what trainer Graeme McCulloch had to say about Drummond’s win at Elwick last Sunday – click here .