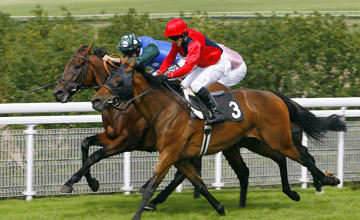 OVERSEAS stayer Drunken Sailor has been issued top weight of 61 kg for this Sunday’s AAMI Hobart Cup to be run over 2200 metres at Tattersall’s Park.

The Michael Moroney-trained gelding that contested the Caulfield and Melbourne cups and has only one start since finishing midfield in the Melbourne Cup and that was a third in a field of six in an 1800-metre handicap at Caulfield on Australia Day.

The horse that won that race Rainbow Styling, from the Michael, Wayne and John Hawkes stable, has been given second top weight of 59kg while local star Geegees Blackflash from the John Luttrell stable and New Zealand owned and trained gelding Titch are both weighted to carry 58.5kg.

Moroney also has Viking Hero nominated for the race and as stable spokesman said that gelding was the one most likely to make the trip.