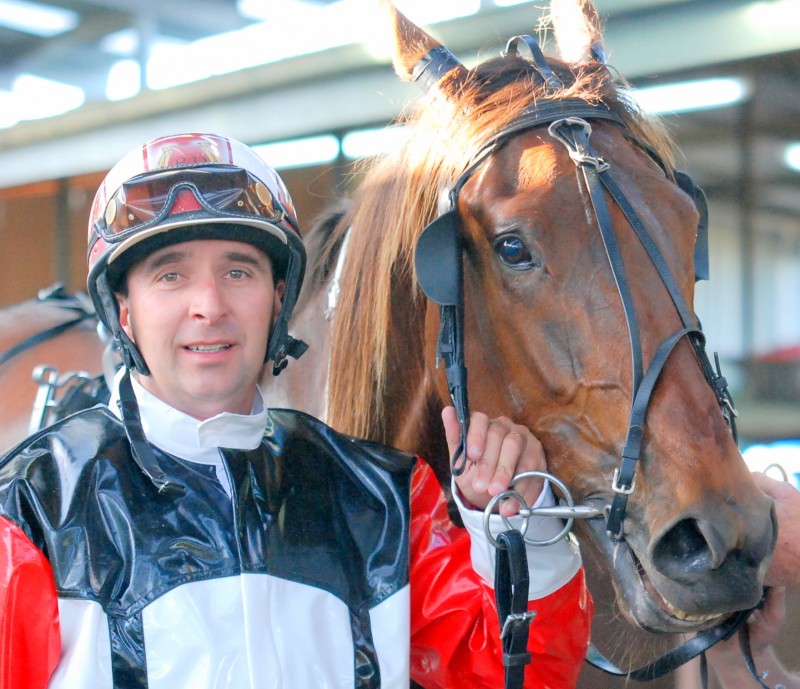 RICKY DUGGAN needs no introduction in Tasmanian harness racing circles having been one of the state’s best reinsmen for at least the past two decades.

Last season he was again dominant in the sulky and while he finished second to Gareth Rattray in the driver’s premiership his season was capped by two honors that were bestowed upon him at the annual awards dinner this month.

Duggan, 45, won the Halwes Medal that is awarded to an industry participant for his or her achievements throughout the season.

A panel of judges is asked to cast votes on specific meetings throughout the season with 10 votes available per meeting and the judge can divide those votes as he or she sees fit.

Duggan drove five winners at the last meeting of the season to earn five votes and that gave him the edge over two-time Halwes Medal winner Gareth Rattray for the 2013-14 racing season.

But what really pleased Duggan was his induction into the Tasmanian Harness Racing Hall of Fame.

To be included in the inaugural intake of the HOF was the icing on the cake for the popular reinsmen.

Duggan has long been considered one of the best to sit in a sulky in Tasmania and the list of his feature race wins clearly justifies his induction but he also has been and still is a great ambassador for Tasmanian harness racing.

Here is a compacted list of his feature race wins that are included in his career tally that exceeds 1300 winners.