Duggan ends season on a high 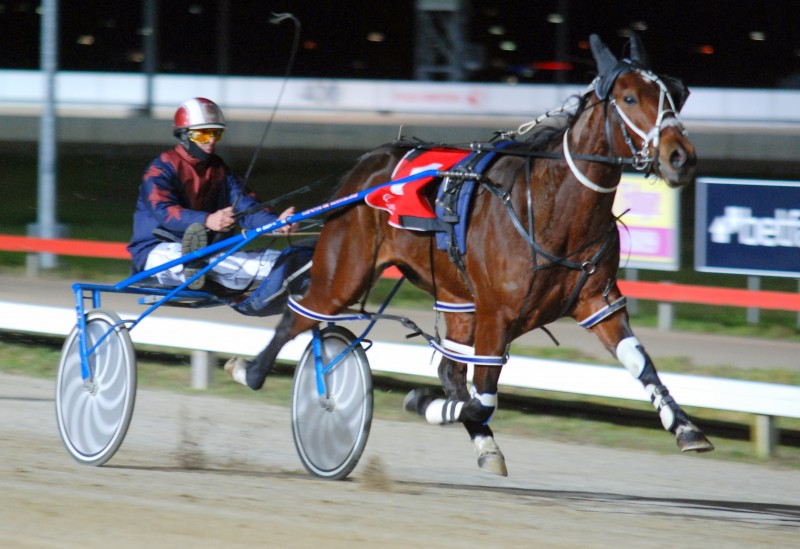 STAR Tasmanian reinsman Ricky Duggan ended the 2013-14 season on a high when he drove five winners at the last meeting of the season in Hobart last Sunday night.

It was a personal best for Duggan who had driven four winners on a program many times including three times in June this season.

The haul took his season’s tally to 83 wins and while not enough to overhaul Gareth Rattray (95) in the race for premiership honors it would have earned him a bunch of points in the Halwes Medal count for which Duggan is a top contender.

At the end of June dual Halwes Medalist Gareth Rattray held a slender three point lead over Duggan in the race for the 2014 medal.

Rattray had 58 votes from Duggan on 55 with Todd Rattray in third spot with 45 points.

With Gareth Rattray out of action for the past six weeks through illness, the voting for the Halwes Medal promises to be very interesting up to the final meeting of the season in Hobart last Sunday night.

Duggan’s winners were Something Eyre in a C2-C4; Cardinal Spec in a 3YO; Our Chain of Command won the discretionary handicap coming off 20 metres; Oscar Blakedon won the 3YO and Older Pace and Giuliani impressed by winning a C5-C9.