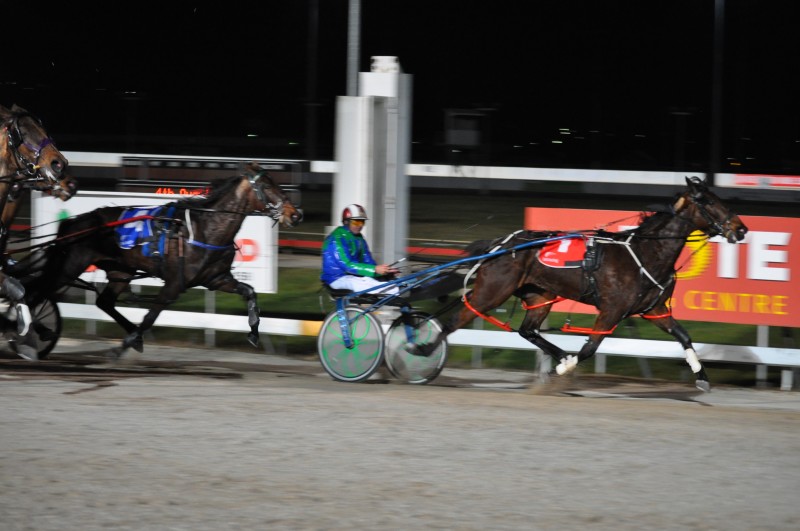 Driver Ricky Duggan continued his hot streak of form when he got another double at Mowbray on Sunday night to take his tally of winners at his past five meetings to 14. He got an inside run in the home straight to win the Rattray/Svensson Stakes on Ebabe and led all the way on Margin Girl in the J Boag & Son Stakes.

Duggan said that Ebabe was going to be “a good thing beaten” until a gap came over the closing stages.

“For a while there it looked like I’d be going to line hard held behind the leader with a hard-luck story to tell,” he said.

“But you always need a bit of luck, especially in this class of race where there is not much between most of the runners.

“Ebabe is no star but she’s won three races now and is doing a good job.”

Ebabe is trained at Seven Mile Beach by Zeke Slater for prominent Melbourne owner Merv Butterworth. Her two previous wins were in Victoria more than two years ago. Slater said he would be trying to place the six-year-old in restricted mares’ races from now on.

Ebabe scored narrowly from Robyn Scherbotsky and Nances Thrill but the third placegetter was subsequently relegated after a protest from fifth-placed Jazzy Jane.

Margin Girl completed a double for trainer Marc Butler who also scored earlier in the night with Mister Ryanjack driven by Tim Yole. Margin Girl was untroubled to lead her standing-start race from the pole and, although challenged strongly by On The Deuce in the home straight, fought back for a clear-cut win.