Early double for the Geards 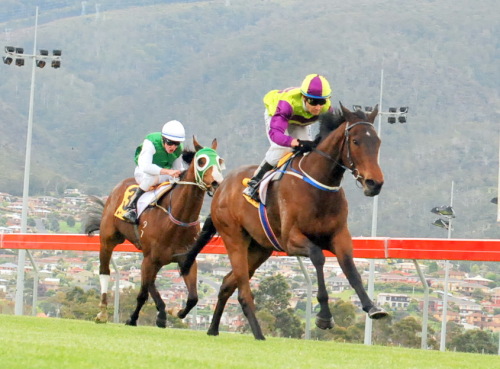 PROMINENT owner-breeders Paul and Elizabeth Geard have invested heavily in the Tasmanian thoroughbred industry and in Hobart today (Tuesday) they reaped some early reward with a race-to-race double.

Annie’s Gee Gee did it tough to win the opening race and Jay Bee’s Gee Gee cruised to an effortless win over Big Sauce and Holive Oil over 1400 metres.

The Geards said Jay Bee’s Gee Gee was named in honour of the late John Best with whom Paul Geard shared a friendship.

Best was a prominent Hobart businessman who had a passion for thoroughbred racing.

Listen to what Paul and Elizabeth Geard had to say about their double – click here .