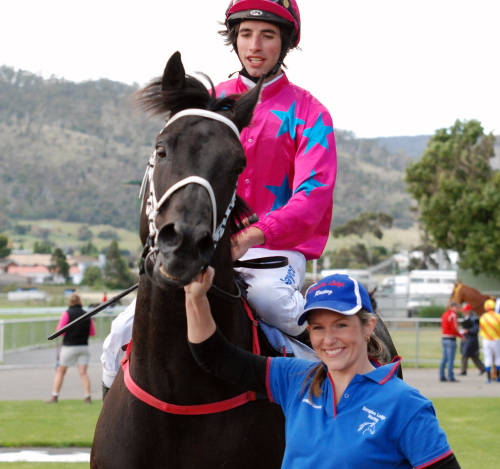 TRAINER Gary White is hoping his four-year-old Ebbing has turned the corner and is heading on a path that will finally allow him to realise his full potential.

Ebbing emerged as a staying prospect last season with connections hoping he would be a Derby prospect.

The four-year-old gelded son of Footstepsinthesand finished sixth in the Derby but never quite lived up to the promise he showed early on.

But at Tattersall’s Park in Hobart on Sunday Ebbing delivered a first-up performance that suggested to his trainer and owners, David and Louise Adams that he might be ready to deliver on what he promised early last season.

It was a sensational performance in a drama-packed race that began with Eddie Brennen, the rider of the favourite Jay Bee’s Gee Gee, parting company with the horse soon after the start.

Ebbing’s rider Justin Hamer had the gelding well placed throughout and poised to pounce rounding the home turn.

Despite being hampered by the riderless horse that was at the front of the pack from the outset, Ebbing forged clear of his rivals and went on to defeat his stablemate Speedo Zap with Musique Player a closing third.

White was full of praise for Ebbing and while he was non-committal about a possible Cups campaign, he admitted anything could be possible if Ebbing has decided to be a racehorse.

Listen to what trainer Gary White had to say about Ebbing’s impressive first-up win – click here .