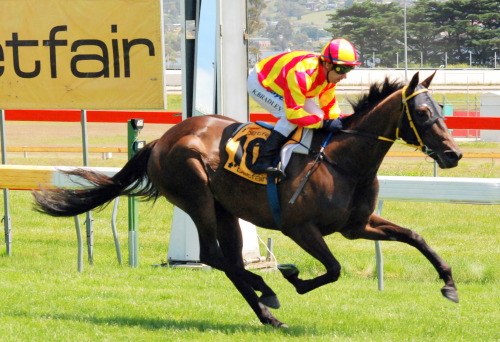 EGYPTIAN PRINCESS scored an impressive maiden win at Tattersall’s Park on Sunday to signal her arrival as a potential star in the making.

The Chris Crook-trained five-year-old mare was having her first run back from a six-month spell but made light of the 1400-metre first-up assignment.

Jockey Kane Bradley had the mare well placed in the run and when he called on her for the supreme effort in the home straight she produced a demoralizing sprint that left her rivals in her wake.

She hit the line three lengths clear of first-starter Stacey Ann (Street Cry-Ima Singer) with My Cool One almost a length astern.

Listen to what trainer Chris Crook had to say about Egyptian Princess’ maiden win – click here .