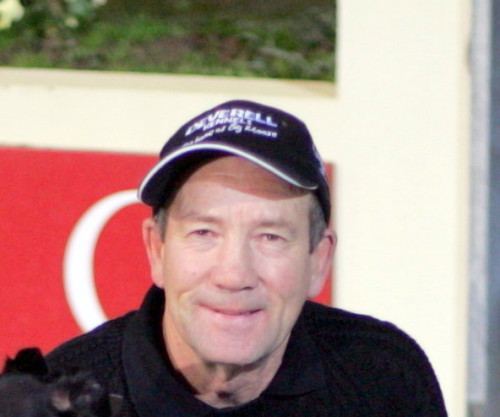 Ella Lucy started favourite ($2.40) and while she was not the best to begin she mustered brilliant speed to have the lead at the top turn and from there on it was a procession.

The daughter of Collide-Copper Delight went on to score by three lengths from Posh Di with Samurai Kid over a length astern.

“This bitch started out very nervy but she has matured a lot and I am very confident she has what it takes to go to the next level,” Deverell said.

“I thought from box eight she would win and the race panned out pretty much as I expected,” he said.

Ella Lucy has won seven of her past nine starts and while she is not in the class of Deverell’s former champion Big Moose she is very mature for her age and her impeccable box manners will take her a long way.

“She has high speed when she hits the ground, her sectionals are very good and her box manners are now impeccable,” he said.

Deverell said he will give Ella Lucy about three weeks off and then embark on a Hobart Thousand program.

“We’ll aim her at the Gold Cup and then on to the Hobart Thousand. She has done enough to deserve a chance at the top level,” Deverell said.

Ella Lucy is by Collide from Deverell’s brilliant broodbitch Copper Delight that is in pup to Knocka Norris.