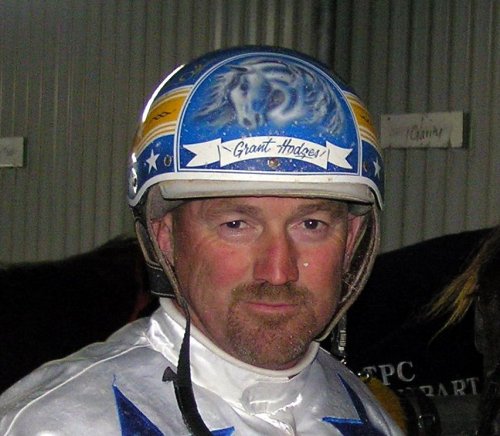 WELL bred pacer Empty Envelope made quite an impression at his first race start in Launceston on Sunday night.

The Grant Hodges-trained and driven gelding faced the breeze from the outset and when Hodges called on his charge for the supreme effort he responded magnificently by forging clear and went on to score by eight metres from El Jays Modeena with Atta jet seven metres astern.

Empty Envelope clocked a mile rate of 2.03 for the 2200-metre trip but it was the way he went about demolishing his opposition that suggests he has a very bright future.

Empty Envelope (Village Jasper-Ahura Mazda) won three trials prior to facing the starter that led to him starting a short-price favourite at $1.80.

“He relaxed in the race and he showed a nice turn of foot,” Hodges said.

The five-year-old gelding was tried as a young horse but kept going sore so the owners tipped him out in the paddock for a long spell.

“They said he kept going sore in the back but it might have been that he was tying up,” Hodges said.

“He came to me about six months ago and looked more like a broodmare, he was so big.”

“I told the owners it would take a while to get him ready for racing and that it would probably take six months and that’s about how long it took,” he said.