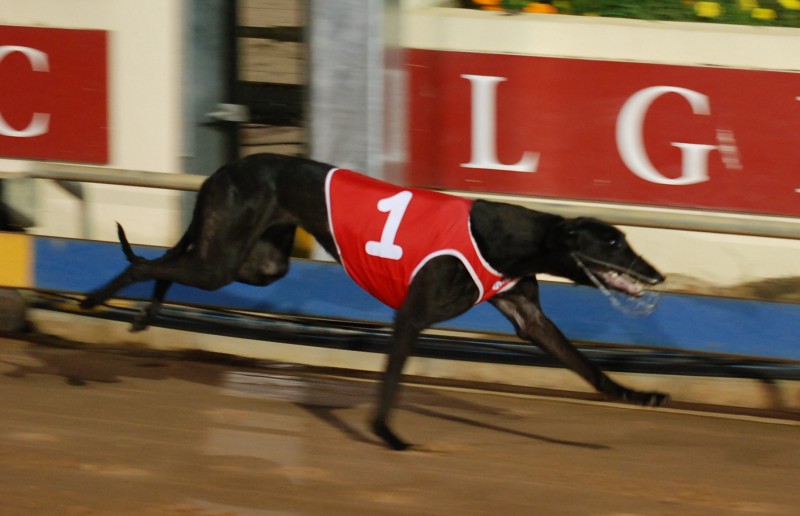 ENFIELD Flame made an impact in notching her first win when she powered home to take out the Luttrell Juvenile over 515 metres in Launceston on Monday night.

The Graeme Barber-trained bitch began well from box one but was unable to hold the lead to the first turn with Princess Pie diving across from box five and Dream Choice also crowding the inside runners as she tried to find the fence wearing the blue vest.

But when they swept into the back stretch Enfield Flame staked her claim and hit the front rounding the top turn and once on the lure she sped clear and went on to score by two lengths from the Debbie Cannan-trained Dream Choice with Orange Boy from the Mick Stringer kennel four lengths away third.

It was only Enfield Flame’s fourth outing and given her gradual improvement she looks set to win her juveniles at all tracks in the coming weeks.

“This bitch is one of three pups I bought from Michael Clarke and she is the first to win but I’m hopeful the other two will make the grade,” Barber said.