Evans has faith in Concrete Johnny 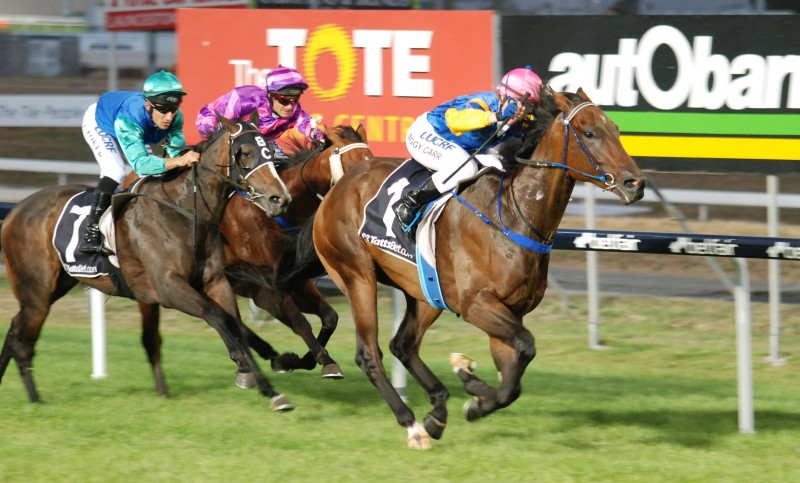 LAST start Elwick winner Concrete Johnny will be trying for successive wins when he steps out in the opening event on the nine-race card at Devonport today.

The Terry Evans-trained gelding was impressive in winning a two-year-old handicap over 1100 metres in Hobart when first-up from a four-month spell.

Concrete Johnny has just turned three and he is taking on older and more experienced rivals but Evans is confident the gelded son of God’s Own is up to the task.

“The horse hasn’t gone backwards since his first-up win and while we have had the Brighton track closed the last few days because of the amount of rain we’ve had I am still confident he will run well,” Evans said.

“Our plan this preparation is to keep him fresh and I’m happy that I’ve done that going into this race.”

“If he wins tomorrow and can win another one then I will be confident that he will be competitive in all the three-year-old feature races over the summer,” he said.

Concrete Johnny’s main opposition should come from The Bill Ryan-trained Osborne that showed ability last preparation winning a strong class one handicap in Launceston and resumed with a second at Spreyton behind Classic Outlaw two weeks ago.

The interesting runner is Beryl Bee from the Charlie Goggin and Luella Meaburn stable.

The just tuned four-year-old mare has won two of seven and won at her last start in Launceston in February before being tipped out for a spell.

She has been to the trials twice for modest performances but she is a winner on the synthetic track.

This first meeting of the new season has been well supported with 110 acceptors and had the meeting been scheduled on a grass track it would have almost certainly been cancelled given the amount of rain that has fallen across the state this week.

Every thoroughbred meeting in August will be held at Spreyton with some feature races scheduled for what is being promoted as the Tapeta Series which consists of four events providing opportunity for both sprinters and stayers.