Evans makes Sires Produce his own 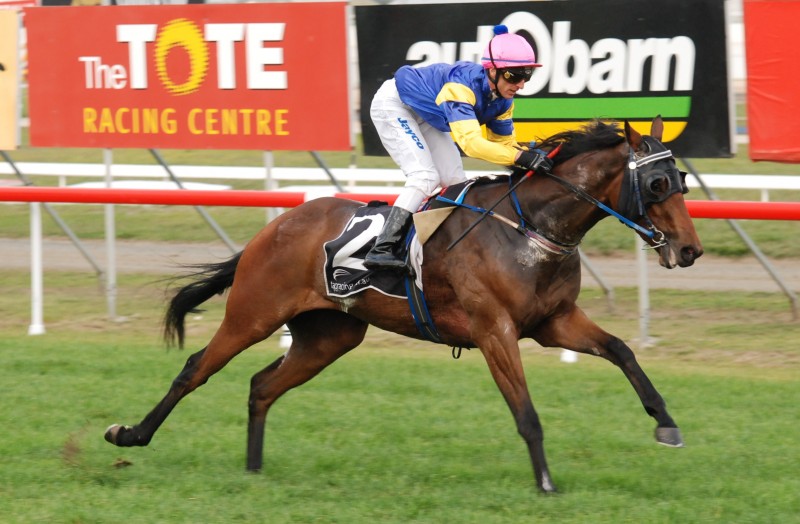 BRIGHTON trainer Terry Evans has made the Tasmanian 2YO Sires Produce Stakes his own in recent times with Inner Warrior giving him his third consecutive win in the $50,000 race at The TOTE Racing Centre in Launceston on Sunday.

Evans prepared Pittenweem to win the race in 2011 and last season his star juvenile Western Hero won the race.

But Inner Warrior was clearly the most impressive of his three recent Sires Produce winners.

The gelded son of God’s Own-El Milagro (x Encosta de Lago) was never better than four-wide throughout the race but the gelding made light of the task to forge to the lead in the home straight and went on to easily account for stablemates Geegees Velvet and Gee Gees Black Fury.

Evans has a reputation for being very nervous before big races but he was extremely calm as he watched his potential stable star treat his rivals with contempt.

It was only Inner Warrior’s second win from seven starts but his efforts at his two previous outings were good enough to ensure punters sent him out the $3.70 favourite.