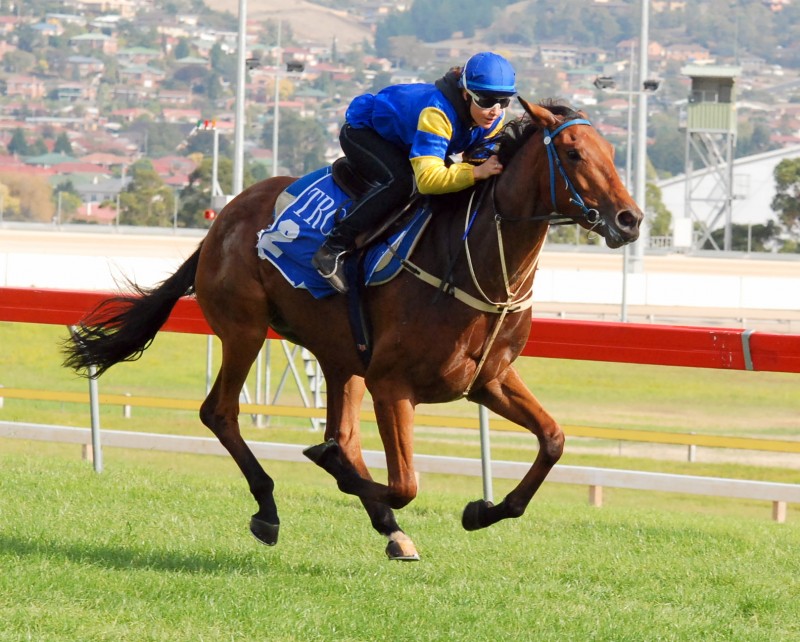 UNRACED two-year-old Tazevedo could be the next juvenile star to emerge from the Terry Evans stable.

Tazevedo (Azevedo-Cattle Kate) scored an impressive trial win over 900 metres at Tattersall’s Park in Hobart today at what was the gelding’s first look at a grass track.

The gelding stands at 16.2 hands and towered over his three rivals but his action was smooth and clean and he looked to be travelling in slow motion as he forged to the lead towards the end of the trial.

He was ridden by star apprentice Siggy Carr who had the gelding settled third in the field of four. She edged him into the trial from the 500-metre peg and when she asked him to extend in the straight he quickly put the end result beyond doubt.

He hit the line 1-1/4 lengths clear of Isn’t Life Strange from the David and Scott Brunton stable with his stablemate Serena Belle over eight lengths away third and well in advance of trial leader Roman Knight that knocked up in the home straight.

Tazevedo was purchased by Evans at the 2012 Tasmanian Magic Millions Yearling Sale in Launceston for $5000 and he owns the gelding in partnership with Wayne Upton.

Evans owned, bred and raced the dam Cattle Kate that was eventually sold to Bowthorpe Stud that stands the youngster’s sire Azevedo.

Tazevedo has been nominated for the 2YO Autumn Classic in Hobart on Sunday.

Listen to what trainer Terry Evans had to say about Tazevedo – CLICK HERE.