Evans’ youngsters have breeding to succeed 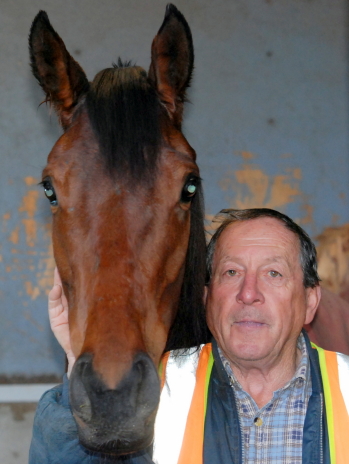 BRIGHTON trainer Terry Evans has the knack of getting the best out of juvenile horses with last season’s top two-year-old Western Hero testament to his prowess with youngsters.

This season Evans is hoping for more joy and a couple of his babies that might make the grade have been turning heads on the training track at Brighton.

One in particular that has been a two-year-old by boom Darley shuttle stallion Bernardini from a former star Tasmanian two and three-year-old galloper Showery.

The gelding is not big but he is very well put together and oozes class.

He looked good as he strolled around the track yesterday (Thursday) with budding apprentice Sigrid “Siggy” Carr aboard.

Evans also has a two-year-old Casino Prince filly that is showing promise.

While his toddlers are still a day to day proposition, he is expecting his four-year-old mare CarbonCounty to step up to the plate in staying events this preparation.

Carbon County produced some outstanding efforts last time in but Evans says she has matured and could eventually develop into a Cups horse.

Evans will saddle up Dazzling Day in race four at Tattersall’s Park in Hobarton Sunday and he rates him a top each-way chance.

Listen to what trainer Terry Evans had to say about his team of youngsters and Carbon County’s chances of stepping up to top grade – click here .