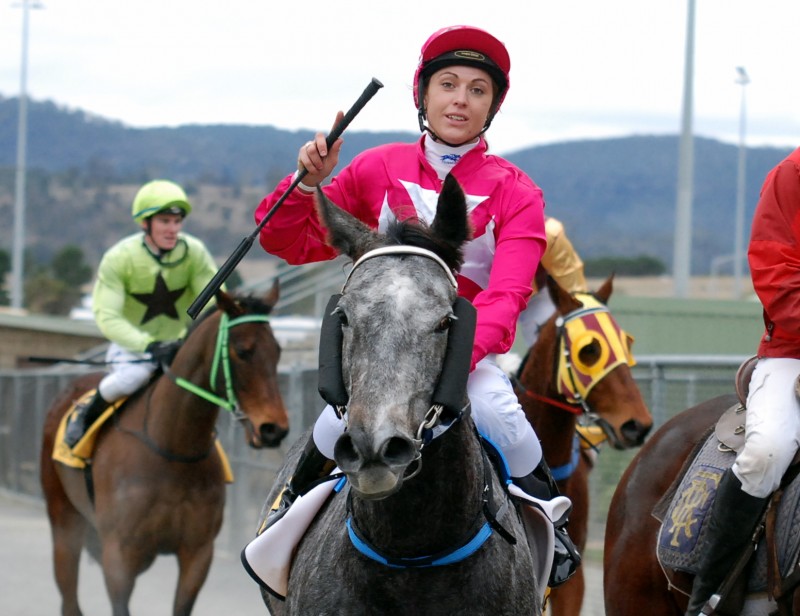 VETERAN thoroughbred trainer Neil Richardson only has three horses in work at his Rokeby training complex these days but he continues to provide winners on a regular basis with Ezzymac the latest to step into the winner’s circle.

Ezzymac powered home to score an emphatic win in the Boomer & Fran Class One Handicap over 1400 metres on the inside grass track at Tattersall’s Park on Sunday.

With in-form apprentice Siggy Carr aboard the well bred four-year-old mare stormed home down the outside fence to defeat Tough Customer by a length with Sting’em over a length away third and just in advance of race leader Athena Fire.

Ezzymac (Dash For Cash-Tindaroo Lady) is one of Richardson’s new stable tenants, although it was her fifth start in the state since arriving from Victoria in March.

Richardson says the mare is capable of winning more races.

“We took her to Launceston last week and that topped her off nicely so we thought she was next to a good thing to win on Sunday,” Richardson said.

“She shied at something in the home straight but it didn’t alter the result – thank heavens,” he said.

Richardson is regarded as one of the most astute trainers in the state and he is one of the few left that stay true to the old school methods of training.

His methods have produced great results with some cheap buys from interstate including My Temptation that came to Tasmania as a discard that cost her owner Clarrie Johnson $1400 at the Inglis Great Southern Bloodstock sale in 2011.

My Temptation won her way through the classes in Tasmania with her win in open company in January this year good enough form for Richardson to target a couple of feature races during the Tasmanian Summer Racing Carnival.

The six-year-old mare was placed third in the $100,000 Listed Thomas Lyons over 1400 metres and that followed a luckless eighth in the Group 3 Bow Mistress (1200m) in Hobart on Derby Day finishing only four lengths behind Rebel Bride.

“For a mare that cost only $1400 she’s done a great job and if she was capable of travelling she’d probably have been back racing in Melbourne,” he said.

“The mare is such a bad traveler. She is a handful getting her from Rokeby to the Hobart track and that’s why we don’t even go north to race in Launceston or Devonport.”

“She (My Temptation) must have dashed up to the fence and got down on her haunches and got caught under the top fence rail that caused her to damage the muscles on both sides of her wither,” Richardson said.

“I have no doubt she will fully recover and next season I am hoping to set her for the cups.”

“The Hobart Cup would be nice and I reckon she is definitely capable of winning that race because she’s won over 2000 metres in Victoria and if she comes back as good as I hope then that’s the race we’ll be chasing,” he said.

Richardson knows what it takes to win a Hobart Cup having been successful with his former star stayer Kubla Khan that won the 1979 Hobart Cup and he also won the Devonport and Deloraine cups the same season.