Fevs Girl wins after owners give up 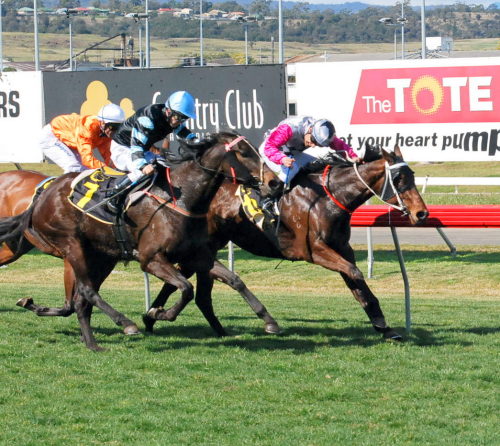 LONGFORD trainer Mick Burles had been trying to win a race with his four-year-old mare Fevs Girl for almost two years but eventually the owners gave up hope and told the trainer he could have the mare.

At her first start for Burles the mare produced the best effort of her career to score a last-stride win in the New Members Maiden Plate over 1200 metres at The TOTE Racing Centre in Launceston on Sunday.

Fevs Girl was never better than three-wide for the journey but she defied the task to run down the race leader My Regards in the shadows of the post to score by the narrowest of margins.

My Regards set a solid pace with the favourite Astraphobic settled second and poised to pounce at the top of the home straight.

My Regards was able to withstand the challenge from Astraphobic but not the determination of Fevs Girl.

Jockey Eddie Brennen didn’t get flustered when he was unable to slot in after making a decision to go forward from a wide barrier.

Brennen held the mare together until well into the home straight and never called on her for the supreme effort until the 200-metre peg.

It was the mare’s first win from 17 starts with her only minor placing, a second, coming early last season.

Listen to what trainer Mick Burles had to say about Fevs Girl – click here .