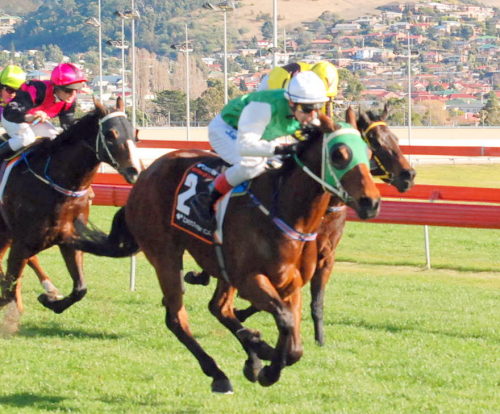 ONE of Tasmania’s most promising stayers Fierezza looms as one of the best bets on the 10-race card at The TOTE Racing Centre in Launceston tonight.

He will line up as the top weight in race seven the Country Club Tasmania Handicap (C4) over 1400 metres.

Fierezza won four in succession last season and at his first run back from a spell he finished a luckless fifth after being held up all the way up the home straight.

The David and Scott Brunton-trained four-year-old worked his way through the classes last preparation winning a maiden over 1100 metres at his second run back from a spell and followed up with wins over 1400m (C1) and 1600m ()-66 Hcp) before ending his campaign with a very impressive victory in a 0-75 handicap over 2100 metres in Hobart.

The gelded son of Blevic has drawn ideally in gate sic which should allow jockey Brendon McCoull to position his charge wherever he likes early in the race.

Provided the gelding stays sound and there was nothing last preparation that suggested he might be vulnerable, then he could be aimed at the Devonport Cup (1800m) in early January.

His dangers tonight appear to be last-start placegetters Teller (4), Petroleum (3) and Dream Flyer (6).