Fillout The Ticket ready to win 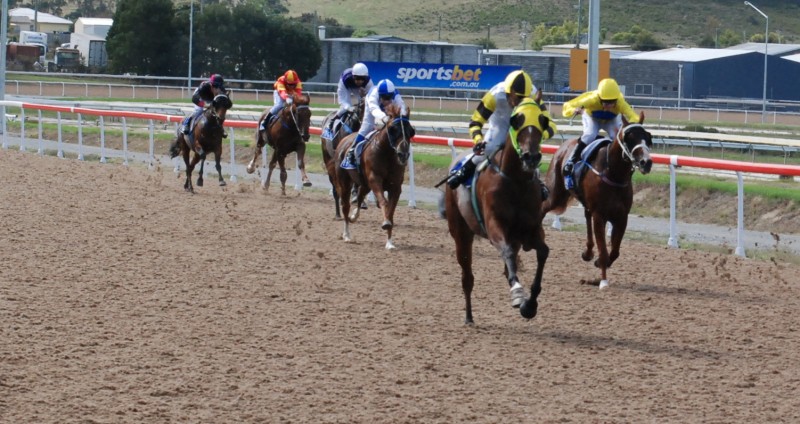 FILLOUT The Ticket looms as one of the best bets on the nine-event card at The TOTE Racing Centre in Launceston tonight.

The four-year-old gelding is one of two maiden performers brought to the state last month by former top Tasmanian trainer John Blacker who is now trains at Seymour in country Victoria.

Fillout The Ticket’s travelling companion Arctic Blitz (3YO) opened his account in Tasmania in Hobart last Sunday where he blitzed his rivals in a maiden over 1400 metres.

Fillout The Ticket has had two starts in Tasmania for a debut third in Launceston and he followed up on Easter Monday (April 1) with a fast-finishing second, beaten a lip, in a maiden over 1150 metres.

He had no luck at his first outing in the state he was trapped behind the leader on the rails to well into the home straight and last start he was taken to the outside by jockey Kelvin Sanderson and belted home only to fall short by the narrowest of margins.

The horse is said to have done well since his Devonport assignment and is expected to again make his presence felt at the business end of proceedings.

The other best bet on the nine-event card looks to be LostIsland in race two (number 6).

The four-year-old mare from the David and Scott Brunton stable has been placed third at her two most recent starts, the latest being in Launceston over 1400 metres in which she was held up at crucial stages of the race and especially in the home straight.