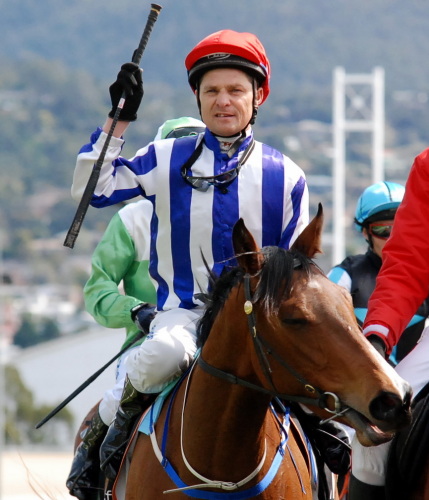 WELL bred three-year-old filly Seeking Chi (Benicio-Questamatic) broke through for her first win when she came with a wet sail to score narrowly in the opening race on the eight-event card at Tattersall’s Park in Hobart today.

With Stephen Maskiell aboard, Seeking Chi settled just off the pace and travelled well to the home turn where Maskiell eased her out three-wide to challenge.

The Charlie Goggin-trained filly joined Avici that had gained the upper hand from the leader Tough At Heart 100 metres out and emerged triumphant on the line to score by a neck from Avici with Tough At Heart a half-length astern.

It was a masterful ride by Maskiell who appeared to always have the filly travelling in her comfort zone.

Seeking Chi had three starts last season for two minor placings but she also had an issue with being loaded in the barriers but those habits appear to have vanished. She looked very relaxed in the parade ring and she raced accordingly.

It was a strong win by the filly that looks to have a bright future this preparation.

Story and photographs by PETER STAPLES.

Listen to what trainer Charlie Goggin had to say about Seeking Chi’s win at Tattersall’s Park today – click here .