Filly tunes up for Oaks with 1000 Guineas win 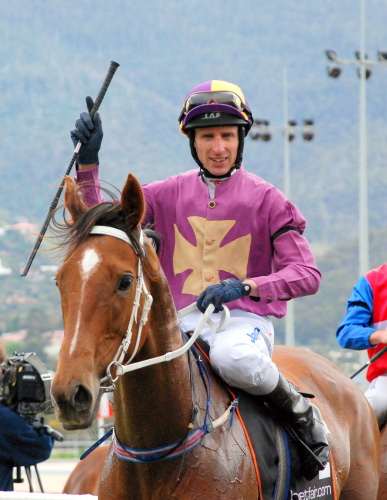 VICTORIAN trainer Darren Weir is likely to leave his exciting three-year-old filly Le Bel Away in Tasmania to tackle the Tasmanian Oaks after she scored an impressive win in the Aceland Stud Thousand Guineas over 1600 metres at The TOTE Racing Centre in Launceston tonight (Thursday).

The daughter of Bel Esprit sprinted clear of her rivals in the home straight and easily held the favourite Exchanges at bay over the concluding stages.

Le Bel Away was coming off a win at Morphetville in South Australia on January 15 and it was after that triumph that Weir opted to target the Tasmanian carnival.

The filly was ridden by Brendon McCoull who said she was always traveling like the winner.

“She felt terrific throughout the run and give me the impression there was a fair bit left in the tank so she could definitely be competitive stepping up to the Oaks distance (2100m),” McCoull said.