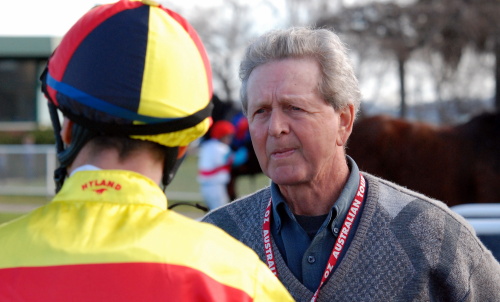 LIGHTLY raced three-year-old Final Verdict ended his first preparation with a convincing win in a Maiden/Class 1 Plate over 1620 metres at The TOTE Racing Centre in Launceston today (Sunday).

The Bill Ryan-trained gelding was ridden much closer to the p[ace and when jockey Brendon McCoull called on him to extend in the home straight he powered clear and went on to defeat Clan McLeod and the fast-finishing Whoforgot Derboots.

It was Final Verdict’s second win from only four starts and trainer Bill Ryan confirmed the chestnut gelding would be sent for a spell.

Ryan put blinkers on Final Verdict in an attempt to make him race more tractable and the ploy paid dividends.

The John Keys-trained Clan McLeod was having her second start this preparation and she tried hard in the straight while Whoforgot Derboots made up good ground coming from well back in the field to edge out Si Vite for the minor prize.

Listen to what trainer Bill Ryan had to say about Final Verdict’s impressive win – click here .