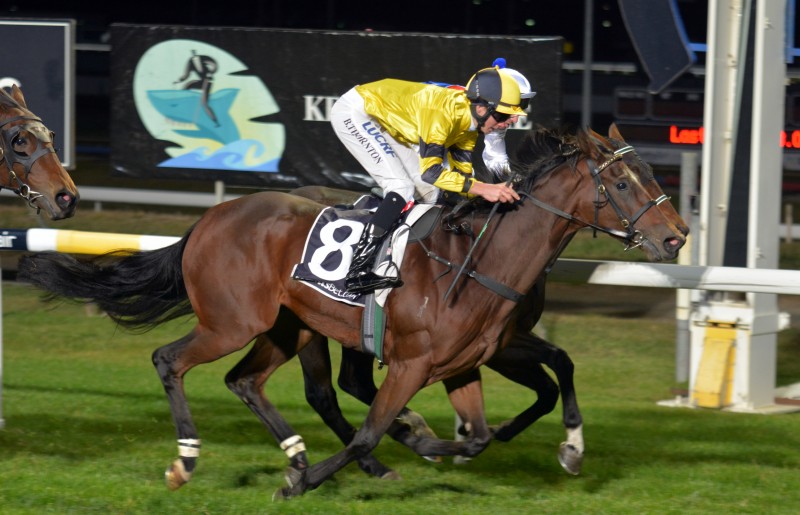 THERE’S nothing better for racing than when first-time owners experience the joy of seeing their steed win a race for the first time.

Such was the case for Peter and Karen Dix who cheered home Just Another Fifty in the Ashgrove Cheese Company 2YO and Upwards Maiden Plate over 1400 metres.

It was the first of five winners for Victorian apprentice Boris Thornton who is on loan to Spreyton trainer Adam Trinder for three months.

Just Another Fifty settled midfield and courtesy of a gun ride from Thornton the three-year-old filly took an inside run 200 metres out and then powered past the leader Red Sun Rising that looked set for victory until the Troy Blacker-trained filly arrived on the scene.

Just Another Fifty is also part-owned by the trainer’s parents George and Marlene Blacker and it was George who purchased the filly while he and his wife were holidaying in Queensland.

Just Another Fifty is by relatively unknown stallion Nothing To Lose that was a Group 1 winner in America. He has sired a Stakes winner in New Zealand.

The trainer said Just Another Fifty had plenty of upside about her and believes she will be capable of running a longer trip further down the track with a maiden-class one over 1600m likely to be their first option.

The five winners for Thornton was enough for him to lose his three kilogram claim, so after this Sunday’s meeting in Hobart he will only be allowed to claim two kilograms.

Listen to what Troy Blacker said to tasracing.com.au’s Peter Staples after the filly’s win.