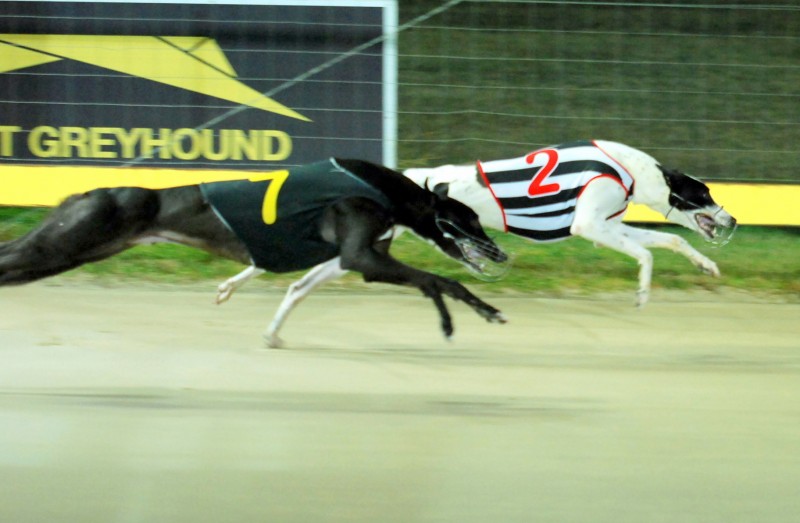 HOLD ON COUPE made up for a string of minor placings when he led all the way to win a keenly contested juvenile over 461 metres in Hobart last night (Thursday).

The Eileen Thomas-trained youngster showed brilliant box manners to lead clearly from box rise and held a handy two-length advantage on the race favourite at the top turn.

The favourite, Teddy Tom Boy ($2) loomed ominously at the top of the home straight but Hold On Coupe (Where’s Pedro-Miss Mysterious)  refused to wilt and went on to defeat Teddy Tom Boy by almost a length with Part Time Pete over two lengths away third.

It was Hold On Coupe’s first win from seven tries but he was placed at his two previous starts and it was on the strength of those efforts that punters rallied for him late in betting to send him around the $3.80 second elect.

Hold On Coupe stopped the clock at 26.44 which was a fair effort for juvenile company.