Ford juggernaut rolls on in Launceston 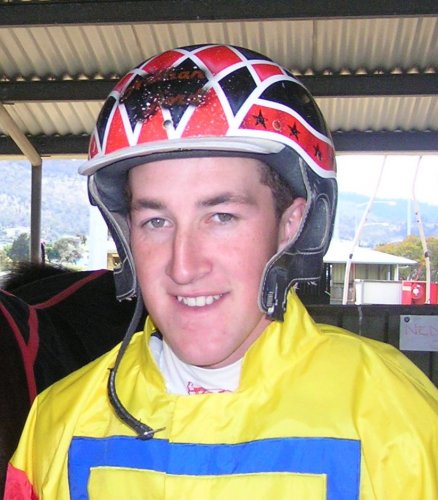 THE Ford family juggernaut continued to roll in Launceston last night with trainer Phillip and driver Nathan teaming up to snare a treble on the eight-event card.

Ford has made a habit of snaring doubles and trebles with this latest haul taking his season tally to 81.

Three-year-old filly Sing And Dance got the ball rolling with an effortless al-the-way win in the second division of the Balmoral On York 3YO Pace over 2200 metres.

Sing And Dance was resuming from a two-month let-up but made light of the task, although the pole position was a huge help for the daughter of Blissful; Hall-Dollys Partaken.

The well-bred three-year-old clocked a mile rate of 2.0-3.8 and ran home his last half (800m) A small field in the Bullock Consulting Claimer played into the hands of Secret Rendezvous that began well from gate two and after a sort stoush for the lead eventually crossed to the fence and young Ford was able to dictate the pace.

Turning for home the last time the driver released the brakes and the seven-year-old short clear and held on to score by a handy margin from Bygone Era and King Albert.

Smart mare Pennys Dragon secured the stable a treble when she won the The TOTE Racing Centre Pace (C1 or better) standing start over 2200 metres.

Nathan Ford had Pennys Dragon settled near the rear after a safe start but he made a sharp move midrace 3W to flush a couple out and he was able to slot his charge into the one-out-one-back position.

When the pace slowed up front Ford then eased his charge three-wide 500 metres out and she dashed up to the leaders, hit the front and then went on to score convincingly from Glory Is Illusive and Light The Lantern.

It was her third win this season from 17 outings with the win almost guaranteeing she is a part of a small team Ford plans to take to NSW next week.