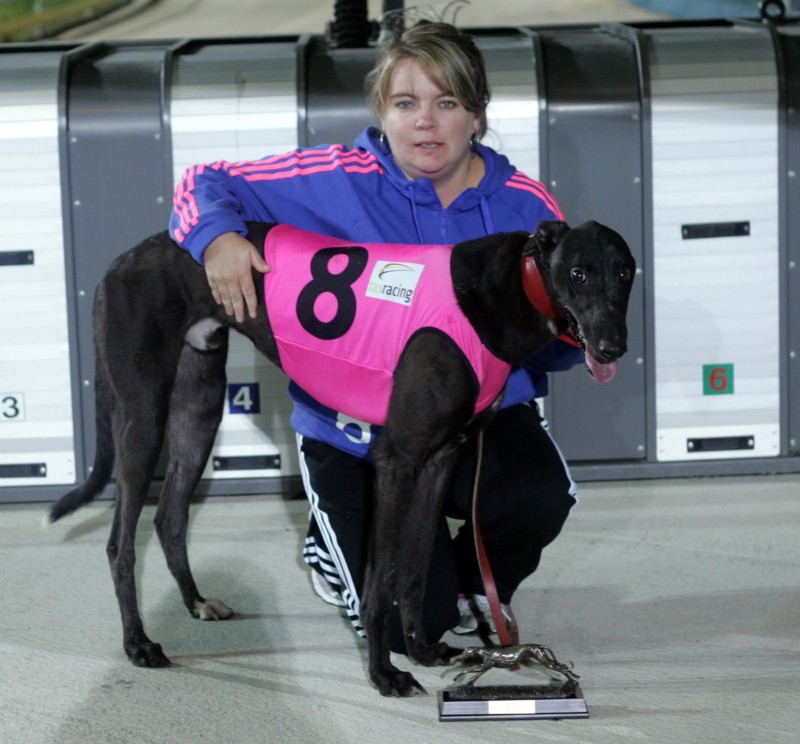 FIRST out-first home is usually the most common outcome in greyhound races and such was the case for Forest Shop in the HGRC Maiden Series final over 461 metres at Tattersall’s Park in Hobart last night.

First Shop stepped brilliantly from box eight and after a battle for the lead with Take Up Maggie and Dilston Knocka, the Leon Brazendale-trained dog forged clear and had the race in his keeping turning for home.

Forest Shop held on to defeat the fast-finishing Nicknak Norris and Buckle Up Chalky.

Forest Shop was sensationally backed late in betting firming from $6.80 when being boxed to start the $3.60 equal favourite with Bandit’s Mistake that suffered multiple checks in the run.

It was a keen betting affair with the early favourite Buckle Up Chalky easing when the money came for the two equal favourites.

Forest Shot was having only his seventh start of which six have been on the Hobart U-bend circuit where he has notched two wins and a minor placing.

Whether he can go on and win his grade fives on all tracks will depend on whether he can improve on his times.

He clocked 26.52 over the 461-metre trip last night which was mar6ginally better than the time he ran to win his Maiden Series heat (26.57).