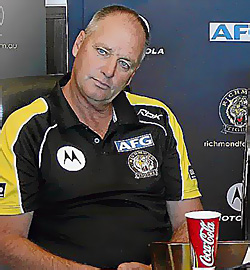 A prominent owner in the early 1980s, Miller had 49 city winners across four states in his best season. Miller also raced Picture This, a winner of 49 races from 99 career starts, including the Brisbane Cup and Distance Cup at the Gabba.

“I am delighted to be joining the Sandown Greyhound Racing Club and look forward to accepting the challenges that come with leading the country’s highest profile greyhound racing club,” said Miller.

“The Club has taken great strides in recent years and with a revitalised racing calendar combined with a $3m Grandstand renovation, I’m looking forward to leading the club into an exciting new era.”

Sandown Chairman Geoff Dawson was equally excited with the appointment.

“We’re ecstatic about having someone of Greg’s profile join our team at Sandown,” said Dawson.

“Greg has a proven track record in sports administration, and with his contacts and business networks, I look forward to him continuing to grow the business and confirming Sandown’s reputation as the nation’s leading greyhound racing club.”

Miller will assume the new role on Monday 4 October.