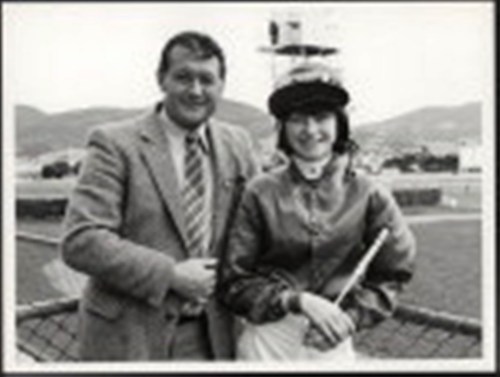 TASMANIAN thoroughbred racing was in mourning this week with the loss of former top trainer Ted Buckingham who died of a brain tumor in the UK.

Buckingham immigrated to Tasmania from England about 40 years ago and established himself as a top trainer, winning numerous feature races during a career that spanned 30 years in the state.

His first winner was Brigadoon Boy after whom he named the family property (Brigadoon) at Latrobe, near Devonport on Tasmania’s North-WestCoast.

Buckingham, a bricklayer by trade, became a part of a successful partnership with his daughter Bev Buckingham who became one of the best jockeys ever to ride in the state.

Bev joined her father’s stable as an apprentice in 1979 and went on to become a trail-blazer for female riders, setting a world record when she won the Tasmanian jockeys’ premiership in 1982.

The father-daughter combination had feature race success with many top horses, including Brave Trespasser, Dark Intruder, Dandy Lane and Exdirectory.

Their racing partnership ended tragically in May 1998 when Bev sustained severe spinal injuries in a race fall at Elwick.

Although Bev never rode again, Ted continued training and, in 2001, the family relocated to Victoria where they purchased a property at Benalla, about 100 kilometres north of Melbourne.

Unfortunately the Buckinghams were unable to mirror their Tasmanian feats in Victoria.

Bev still lives at Benalla but Ted returned to England about five years ago, shortly after he had suffered a stroke.

“We were estranged for quite a while. For quite some time we didn’t speak at all but I got back in touch with him at Christmas last year,” Bev said.

“I’m glad that I did because it was just before he was diagnosed with brain cancer.”

“He was told that he had less than 18 months to live but, dad being dad, didn’t believe them and said he would fight it and move on.”

“He had chemotherapy but there were a couple of tumors and, although one shrank; the other was very aggressive and kept growing.”

“Luckily, there was no pain involved but he did suffer a bit from dementia towards the end,” she said.