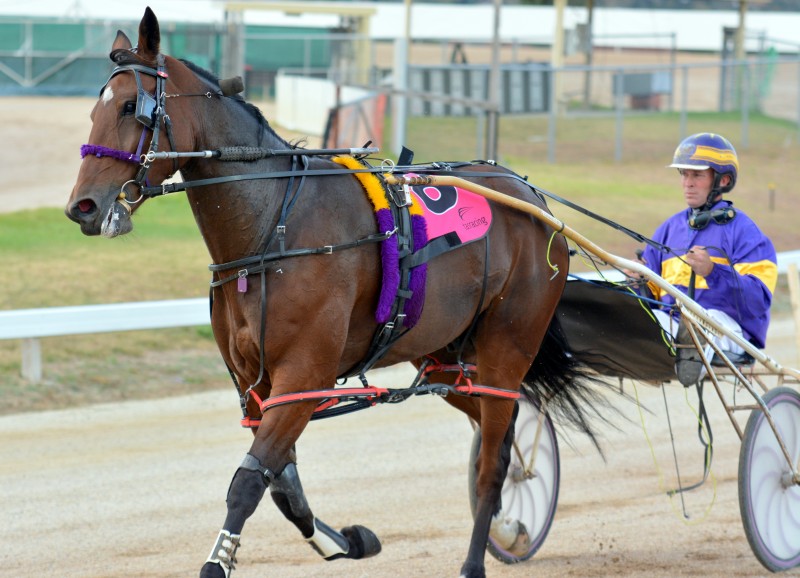 Four Ex Dan (Four Starzz Shark-Flo Jo Fernandez) settled worse than midfield in the one-out line from his second row draw but trainer-driver Rohan Hillier sent the gelding around the field to face the breeze outside of the leader Tiz A Jamane when his charge began to pull fiercely 1400m from home.

Hillier was content to allow his charge to race outside of the leader until turning for home the last time.

When he released the brakes Four Ex Dan darted clear and went on to score comfortably from Cardinal Spec that ran home from well back with Charlie James third and just ahead of Tiz A Jamane.

Listen to what trainer-driver Rohan Hillier had to say about Four Ex Dan and his Derby prospects.