Four wins in succession for talented 3YO 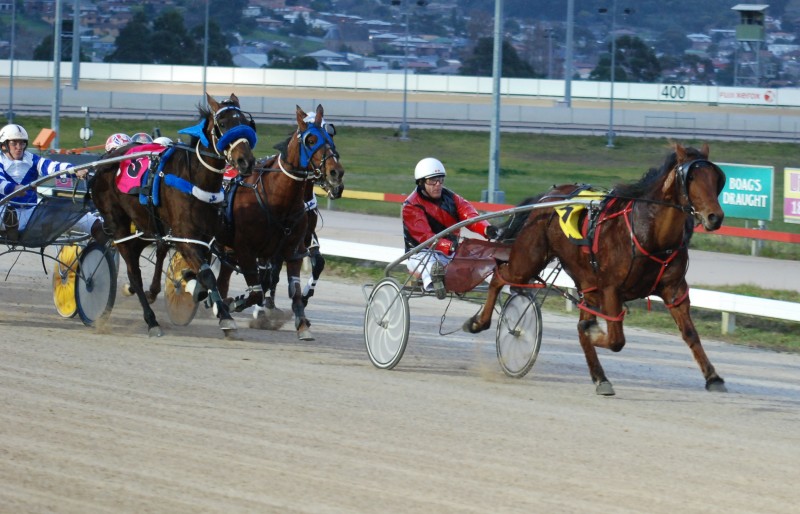 WELL bred three-year-old pacer Karalta Dazzler showed why he is Kent Rattray’s stable star when he outgunned a handy field in a C2 or better handicap over 2090 metres at Tattersall’s Park in Hobart last night.

It was the gelding’s fourth win in succession but clearly his most impressive this season.

Buster that gained a rails run to edge out Lickyalips for the minor prize.

“I am really pleased with how this horse has come on this time in,” Rattray said.

“A bit was expected of him when he first went to the races but he had a few issues and that held him back.”

“He curbed a hock early this year and had to be spelled again but since he’s been back he has kept on improving,” he said.

The dam Karalta Crown was placed third in a Breeders Crown final as a two-year-old as well as winning an Evicus Stakes on home soil.

“The mare was very competitive on the racetrack and it looks like she is going to pass that on to her progeny because this horse (Karalta Dazzzler) is starting to deliver what he promised as a young horse,” Wayne Rattray said.

The trainer said Karalta Dazzler would continue to race while he is in good form.

“If the fruit’s ripe – pick it,” Kent Rattray said.

“So we will continue to target suitable races for the horse and he’ll let us know when he’s had enough,” he said.