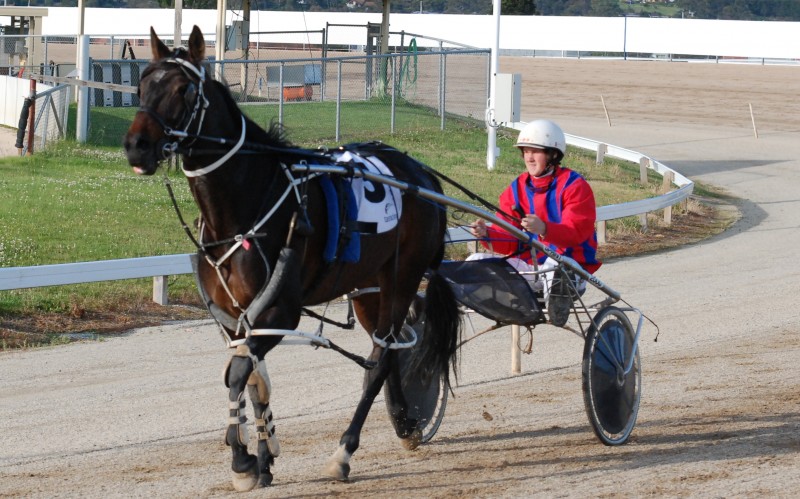 WHEN talented trainer Chris Howlett purchased Frankie Falzoni as a yearling he was prepared to bide his time with the colt that was passed in at the 2012 Tasmanian Yearling Sale.

Howlett purchased the then colt after the sales for $9000 but it took a while to see some return.

He won a race at Carrick last season with some sizeable bets enabling the owners to recoup a chunk the purchase price.

In Hobart tonight he delivered a brilliant first-up effort to score a last-stride win in a C0 over 2090 metres.

With the trainer’s son Matthew Howlett in the sulky, Frankie Falzoni was urged forward from gate three but was forced to face the breeze until the favourite Who Is Hardeen circumnavigated the field to take that spot and  give Howlett’s charge some cover.

When Frankie Falzoni was eased three-wide to improve he gradually made his way to the leaders but when Howlett called on him for the supreme effort 200m out he dug deep and grabbed victory in the shadows of the post to score by a half-neck from Who Is Hardeen with Tizyalater flashing home from well back to finish third.

The trainer explained Frankie Falzoni had a few issues that needed to be sorted out and give the way he performed at his first start for five months the gear changes have been successful.

Listen to what trainer Chris Howlett had to say about Frankie Falzoni’s latest effort.