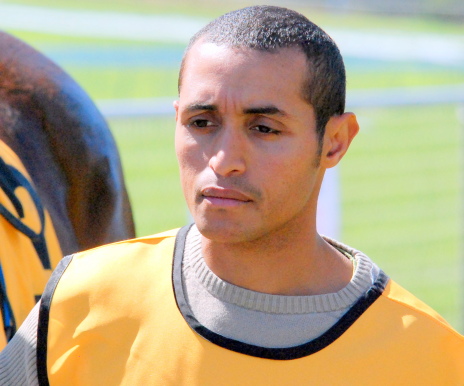 A TRIP to Sydney last week to represent Tasmania in the fifth heat of the National Apprentice Series at Canterbury presented Mauritius-born Tasmanian apprentice Jacques Luxe with an opportunity of a lifetime.

Luxe, who has been riding in Tasmania indentured to Spreyton trainer Vicki Rhind for the past year, finished third in the series race last Friday and gave the steed every opportunity.

But the following day after riding trackwork at Randwick he was offered a job by legendary trainer Lee Freedman who two weeks ago announced he was coming out of retirement to form a training partnership with prominent New Zealand mentor Graeme Rogerson.

Freedman was on the lookout for an apprentice to be a part of the team that will operate stables at Randwick where they expect to have up to 40 horses in work when the partnership is fully operational.

Freedman shocked the racing world when he announced in August last year that he was retiring as a trainer.

The five-time Melbourne Cup-winning mentor and Hall Of Fame inductee handed over the reins of the family’s training complex, known as Markdel, at Rye on the Mornington Peninsula, to his brother Anthony.

For Luxe it is like a dream come true

“This is an unbelievable opportunity and I can hardly wait to get started,’ Luxe said.

“To get the chance to work with one of Australia’s racing legends is amazing. It is a privilege and anybody in my shoes would feel the same,” he said.

Luxe, 31, came to Australia in early 2006 as a mature-age apprentice from Mauritius and spent the first seven months with former South African trainer David Payne at Randwick.

But Luxe then ventured south and spent the next 4-1/2 years with Caulfield mentor Mick Price.

But there were limited opportunities so he did what many young Victorian riders in his position do – he came to Tasmania.

“I came to Tassie with the hope of making this our home and while I started to get great opportunities and rode winners regularly there were other factors that came into play that I had to take into consideration when looking to the future,” he said.

Luxe and his wife Oksana became parents four months ago with the arrival of daughter Athena.

As neither of them have any family in Tasmania they felt the need to consider a move.

“When the baby came along it became increasingly hard on Oksana but we have family living in Sydney so when this job offer came up I just had to go for it,” Luxe said.

“I know it is going to be tough work but I am prepared to work hard, listen and learn and hopefully it will lead to riding many winners so that I can work with Mr Freedman for a long time,” he said.

Luxe came under notice in Tasmania last year when he became the regular rider of highly promising stayer The Cleaner, prepared at Longford by Mick Burles.

He guided The Cleaner to four wins in succession and ended his association with another win and two seconds before the gelding was spelled.

“Tasmania has been fantastic to me and in a way I will be sad to leave.”

“Vicki (Rhind) has been a wonderful boss and I have learned so much from her.”

“I have had support from many trainers and I want to thank them all for giving me the opportunity to ride their horses,” he said.

Luxe will finish up with Rhind on April 27 and he expects to spend his first day with Freedman at Randwick on May 1.