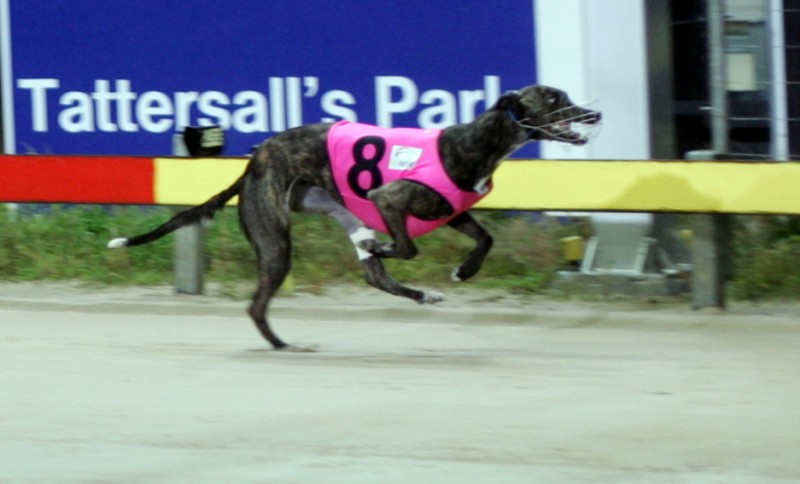 WINNING  race after missing the start is no mean feat over the 340-metre trip in Hobart but such was the case with Fulande last Thursday night.

Fulande stepped only fairly from box eight and gave more than half the field a head start but she mustered speed so quickly that he had the rail by the time they reached the home turn.

She led by three lengths turning for home but had extended that to beyond five lengths when she hit the line clear of Paua Is Lethal and Camdale Luke that had scored impressively at his previous outing over the 340-metre trip.

The Peter Phillips-trained bitch has been a model of consistency since notching her first win at her seventh start back in November last year.

She has finished no further back that third since her juvenile win in Hobart with her record since that victory standing at six wins; six seconds and a third from her last 13 starts.

It was Fulande’s first try over the 340-metre trip in Hobart but punters were keen to get on as she had won two and placed second from her three tries over 298 metres in Launceston.

Fulande is by Surf Lorian from Portent that is a daughter of World’s Finest that produced a brilliant litter in 2008 that included Damek and Decembrist.

Damek was one of the best dogs to race in Tasmania since Lilli Pilli Lad.

He won in three states and won multiple races from every box and over a range of distances including some at Group level.

Damek and Decembrist are now standing at stud at Peter and June Phillips’ property at Copping and straws from both dogs are available.