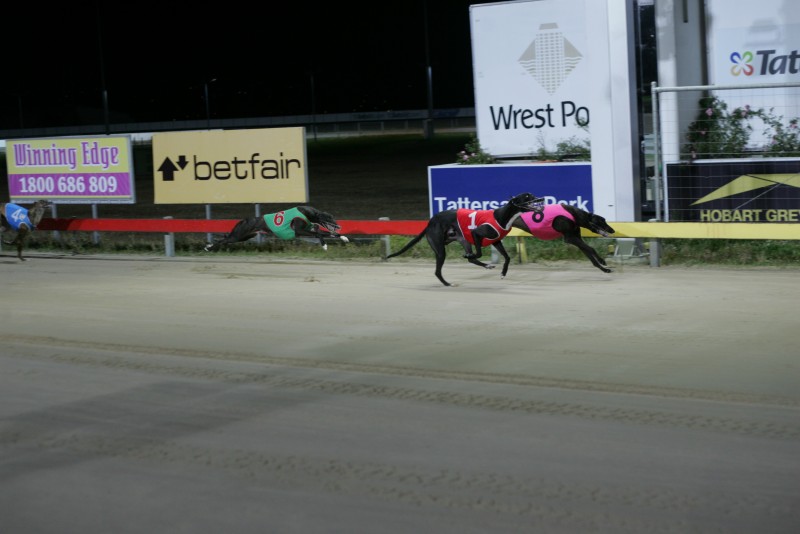 The Furniture City Gift Final is the highlight on a strong eleven event card at Tattersall’s Park tonight.

Choice Man is a son of Cosmic Rumble from Launceston Cup Winner Wongawillicath and he won well at his first start from the outside in 26.55 and looks well drawn again.

Tic Tac Thomas has plenty of experience on his side having won three from fourteen with seven minor placings and ran a personal best last week of 26.37.

Although he hasn’t boxed from the pink box he should be hard to beat and may well hold the youngster in the run to the line.

Battek Boss and Buckle Up Brett should be taken in the multiples. Jack O’Riley (R7) for Dave Polley looks well boxed in the first leg of the double.

This son of Knocka Norris is in a purple patch of form winning his last three on the track and although against the likes of Launceston Cup consolation winner Parisette and Devonport Cup placegetter Shanlyn Peanut he should position himself well and be very hard to beat again.

Rewind (R8) is back on his favourite track and although owner/trainer Morrie Strickland is talking of retirement this current Greyhound of the Year should increase his winning tally in the second leg of the double.
Best Bets: R8 No 4 Rewind, R9 No 6 Pipstar, R11 No 5 Roxy Rhythm.
Best E/W: R2 No 6 Chicka Scott, R7 No 1 Jack O’Riley, R10 No 7 Lucky Norris.