Gaffney has big plans for Toughtee 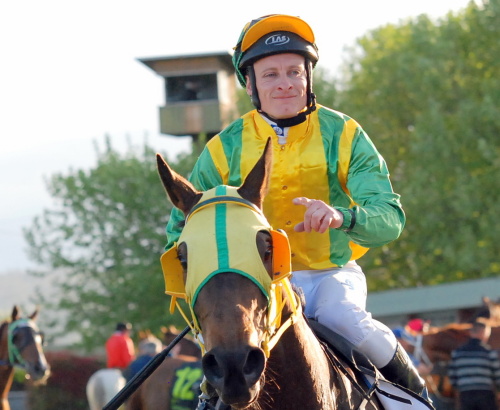 SPREYTON trainer Leanne Gaffney was talking up the prospects of her well bred filly Toughtee being aimed towards the rich fillies’ races during the summer carnival after the three-year-old scored an impressive win in a maiden over 1200 metres in Launceston on Thursday night.

Toughtee came from back in the field to score by a long neck from Bonny Juenesse that was having its first start in the state.

It was only Toughtee’s second start but punters rallied for the filly ($2.80f) as a result of her courageous debut performance in Launceston two weeks earlier when she worked no better than three-w-de for the entire journey but still kept finding to the finish.

Gaffney bred Toughtee from her broodmare Windian and she said it was evident at an early stage that Toughtee had above average ability.

Listen to what trainer Leanne Gaffney had to say to Tasracing’s Peter Staples after the race – click here .