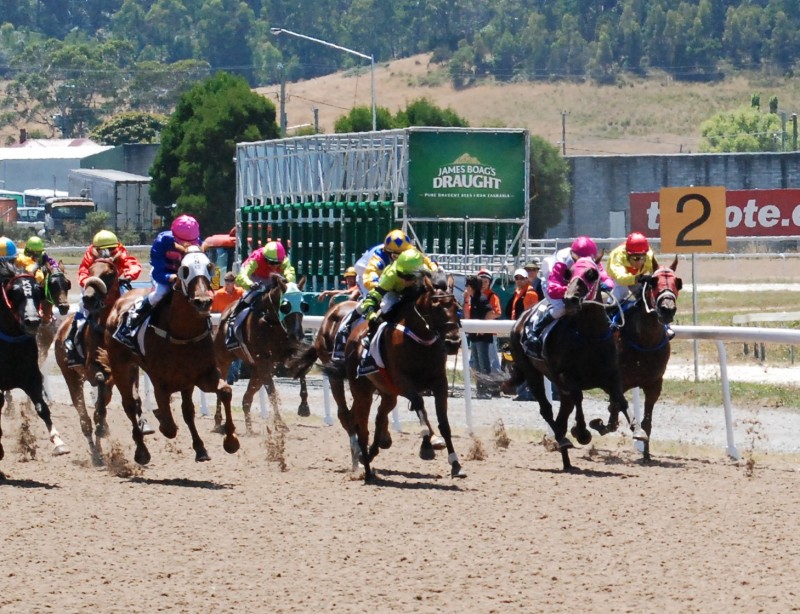 SPREYTON trainer Leanne Gaffney had a good day at the office snaring a double from her team of three that contested races on their home track today.

Newcomer to the stable Wonderful Time scored a narrow victory in a thrilling finish involving four horses that crossed the line almost in unison in a maiden over 1150 metres.

Gaffney’s lightly raced five-year-old mare got the judge’s nod ahead of Speedy Sort and Usain Dancer with the race favourite Fanesto a close-up fourth.

It was only Wonderful Time’s second start for Gaffney and she was at generous odds of $20 but she was quietly confident the Victorian-owned mare would perform well if she had the right run in the race.

Gaffney secured the double when her highly promising four-year-old Difrent powered home for an emphatic win in a class one handicap (race 4) over 1150 metre.

Difrent was resuming from a four-month spell and had only been to the races three times last preparation for a debut win and two subsequent minor placings and all on his home track at Spreyton.

It was an awesome display by Difrent and he looks set for a bright future.

Listen to what trainer Leanne Gaffney had to say about her two winners- CLICK HERE.