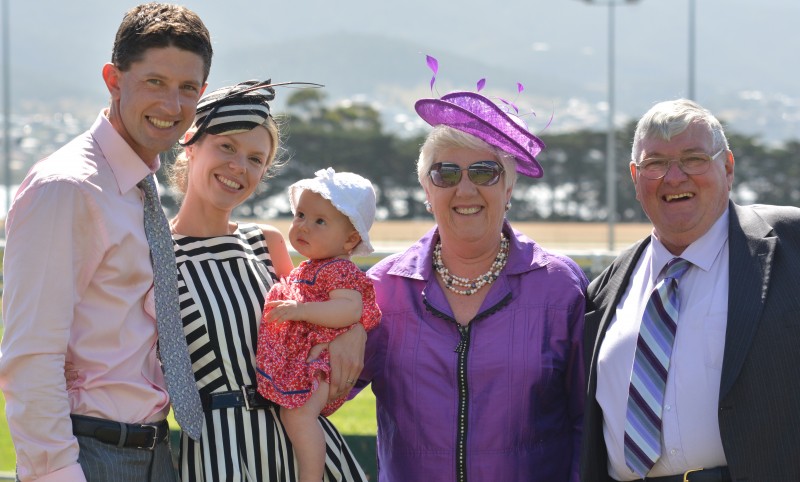 STUART Gandy has long been regarded as a great horseman who doesn’t say much as he goes about his business as a stud master and general rouseabout at Paul and Elizabeth Geard’s GG Horse Stud at Broadmarsh.

But beneath the meek and mild exterior lies a determination to excel at the art of training these remarkable creatures.

At Tattersall’s Park in Hobart yesterday Gandy stood tall among the crowd as he watched his star three-year-old filly Geegees Goldengirl deliver the knockout blow to a quality field of fillies in the $100,000 Listed Strutt Stakes over 2100 metres.

Geegees Goldengirl (Wordsmith-La Quita) was always travelling well in the run but at one stage it looked as if star Tasmanian apprentice Siggy Car might not get the run so desperately needed to win the race.

But armed with an incredible growth in tactical ability since venturing to South Australia to expand her career, Carr found a way to extricate the filly from behind a wall of horses.

The daughter of outstanding local sire Wordsmith did the rest, going on to score comfortably from another promising local staying filly Shayana with interstate invaders Marocan Diva and Tralee Chorus left to battle it out for the minor prize but just specs in the distance.

Wordsmith is owned by the Geards and stands at their GG Horse Stud.

Gandy has been training for six years and has manufactured many wins from his small team at Brighton but this was clearly his best and most cherished result.

“This is the ultimate for me and it means toe world to me to win a race like this for Paul and Elizabeth (Geard),” Gandy said.

“This filly has always raced against the best and today she was the best.”

“We all work hard at what we do and that goes for my wife Ruth who is an integral part of our business and since the arrival of our daughter Elsie there is even more incentive to succeed,” he said.

For the Geards, 2015 Hobart Cup day will long be regarded as the highlight of their racing and breeding enterprise.

Their two-year-old fillies Gee Gees Top Notch and Gee Gees Vicki finished first and third respectively in the $100,000 Elwick Stakes to give trainer John Luttrell another success in a Listed race having prepared Geegees Classicboy to win the $100,000 Tasmanian Derby three days earlier.

Geegees Goldengirl won the following race but the day was capped when the Luttrell-trained Geegees Blackflash at eight years of age powered home to win the $225,000 Hobart Cup, his second success in the Group 3 event.

In winning the Hobart Cup for the second time to take his career earnings to $1.166 million and all earned in Tasmania,  Geegees Blackflash progressed from champion to legend status.

Gandy says Geegees Goldengirl will progress to the Tasmanian Oaks in Launceston on Sunday week after which she will be spelled and set for the major cups next year.