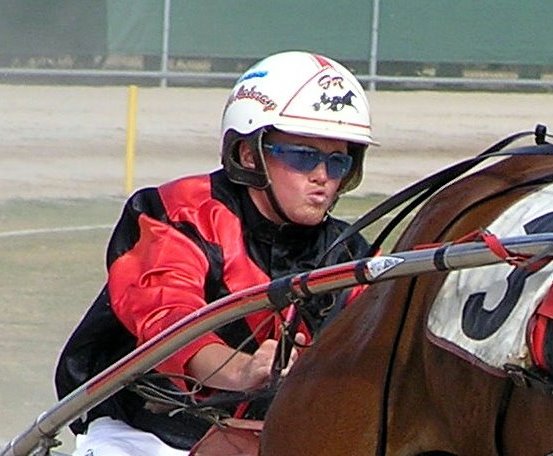 ALL conquering 27-year-old Latrobe reinsman Gareth Rattray has established a handy lead in the 2013 Halwes Medal.

The Halwes Medal is sponsored by BOTRA Tasmania and Jamie Cockshutt.

The award recognises excellence in horsemanship and operates under the following format:

Two panel members vote on each meeting and have 10 votes each.

The 10 votes can be allocated at the panel member’s discretion with a maximum of five votes for any trainer or driver.

Only Tasmanian registered licensed persons are eligible to receive votes.

Rattray, who recently moved to the North West Coast, is aiming for his eighth consecutive state driving title – a feat achieved by his father Barrie from 1990 to 1997. He won the inaugural Halwes Medal in 2011/2012 and a consistent performance in 2012/2013 has ensured he takes a clear margin heading into the last 19 meetings of the season, which concludes on August 31, 2013.

Halwes Medal votes for the last 19 meetings (June – August) will be blind and not announced until the Tasracing Harness Awards Dinner at Wrest Point Casino, Hobart on Saturday 21 September.

The BOTRA Young Achiever Award is run in conjunction with the Halwes Medal and is restricted to licensed persons aged 24 or under as at 1 September 2012. Todd Rattray leads with 30 votes followed by Mark Yole (25), Dylan Ford (23) and Matthew Howlett (18).