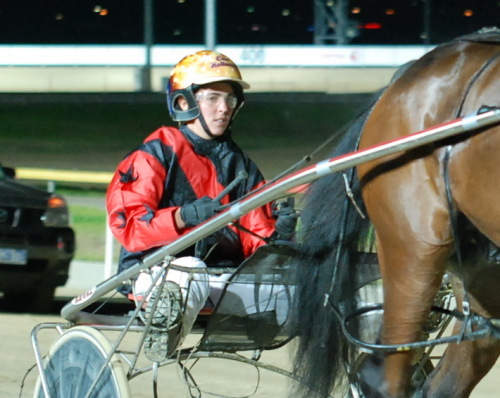 TALENTED reinsman Gareth Rattray has won his seventh consecutive Tasmanian driver’s premiership which establishes him as one of the all time greats of the sport.

Rattray drove 92 winners which is six more than the previous year but it fell short of his personal best of 115 that her set two seasons back.

His father Barrie notched eight consecutive driver premierships from 1989-97 but his sixth premiership was shared with Neville Webberley in the 1994-95 season.

If Rattray continues to dominate as he has these past seven years there is no doubt the 27-year-old will eventually blitz the all time record of premiership wins set by the late Jack Stamford who collected 11 driver premierships during his illustrious career that spanned 35 years from 1935 to 1970.

The figures are extracted from records dating back to 1920.

Rattray finished well clear of Beaconsfield-based Rohan Hillier who partnered 59 to victory for what was clearly his best season in the sulky with Rohan Hadley third with 54 wins and only one clear of four-time premiership winning driver Ricky Duggan.

Erin Hollaway was again the leading female driver with 42 wins.

Todd Rattray, who represented Tasmania at the Australasian Young Drivers Championship, was the state’s leading junior driver with 46 wins to give him his third