Gavrail the one to beat in opening race 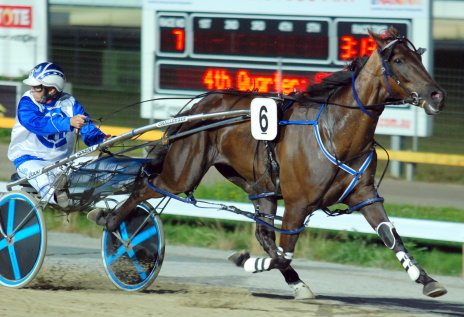 Talented five-year-old pacer Gavrail should appreciate dropping back substantially in class and be hard to beat at Tattersall’s Park in Hobart tonight.

Gavrail lines up in the opening race on the nine-event card and despite a second-row draw (10) the gelded son of Rustler Hanover should get a good run through from the second line and if his diver, in-form novice reinsman Troy Hillier, holds his form it looks an unbeatable combination.

Our Ellas Fella also is dropping back in class and although not as stark as Gavrail, he still should be able to make the most of racing against slightly inferior opposition.