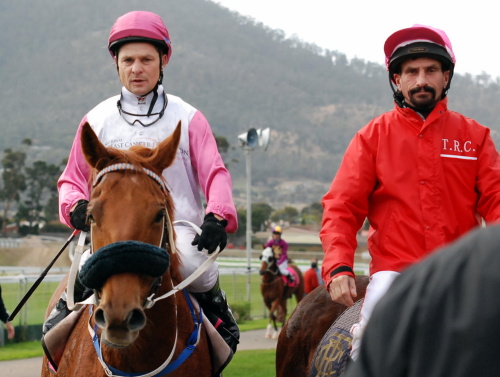 PROMISING four-year-old Gea Force has taken a while to make his mark but in Hobart today he left no doubt he has come to terms with being a racehorse.

With top jockey Stephen Maskiell aboard Gea Force showed good early speed to lead and when let down in the home straight he powered clear and won without being fully extended.

He bit the line well clear of Red Bently with Kong of Gondor a close-up third.

Trainer Mark Ganderton said it had been a long wait for the gelding’s owners but the patience shown has reaped great rewards.

It was Gea Force’s second win in the space of 10 days having scored a similar win in Launceston under lights on May 20.

Listen to what trainer Mark Ganderton had to say about Gea Force’s latest win – click here .