Geale a hit with harness racing 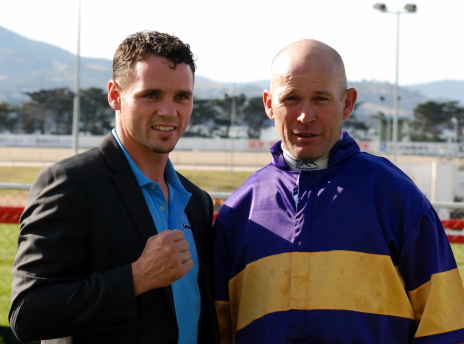 TASMANIA’S world champion middleweight boxer Daniel Geale made a special trip to Tattersall’s Park in Hobart on Sunday to be a part of the Tasmanian Pacing Club’s Tasmania Cup meeting.

Geale was a big hit with racegoers who lined up to have their photograph taken with the dual world champ.

Harness driver Troy Hillier was keen to have his photo taken with the champ after he drove Enchanted Heart to victory in the race named in the boxer’s honour.

Tasracing’s Pete Staples interviewed Geale and talked about his career so far and what he really thinks of his upcoming opponent Anthony Mundine.

Listen to what Daniel Geale had to say about his upcoming bout with Mundine that takes place in Sydney on January 30 – click here.